Quality assessment of inoculants has been a matter of interest for years. While examining peat-based rhizobial inoculants for moisture, viable counts, contaminants, and effectiveness using plate counts and MPN it was found that rhizobial counts were variable but that contaminants were present in most of the inoculants, even exceeding the number of rhizobia and affecting inoculation effectiveness. Similar results were obtained with a wide range of inoculants produced and used in different parts of the world. It was stated that inoculants prepared with nonsterile peat contained 100-fold fewer rhizobia than those made with sterilized peat. In an information bulletin on production and quality control of legume inoculants, it was indicated that most of the products tested in India contained suboptimal level of rhizobia (<108 rhizobia/g of inoculant) together with a large quantity of nonrhizobial organisms. Other autors found that rhizobia counts were inversely related to contaminants level. After analysis of 40 rhizobial inoculants produced in North America it was reported a constantly high level of contaminants (108 to 1010 cells/g of product), outnumbering the rhizobia in all the products but one. In some products, rhizobia could not even be detected. These results were confirmed with another study with 60 more samples among which the majority of the products contained more contaminants than they did rhizobia. Similar tests were run on commercial soybean inoculants from Argentina and showed that out of 18 products, 17 were highly contaminated, with rhizobia being outnumbered by contaminants in 14 of them. More recent studies report comparably alarming results on rhizobial inoculants but also on products containing PSB or free N2-fixing bacteria. Moreover, among the isolated contaminants, several strains were found to be opportunistic pathogens for human, plant, or insects. Evaluation of the quality of AMF inoculants showed that they generally contain a very low quantity of viable propagules and a reduced (or an absence of) host infection and colonization potentials, resulting in highly inconsistent performance under field conditions.

There are a number of factors influencing the quality and the efficacy of an inoculant during production and after inoculation into soil. The main are presented in Fig. 1. 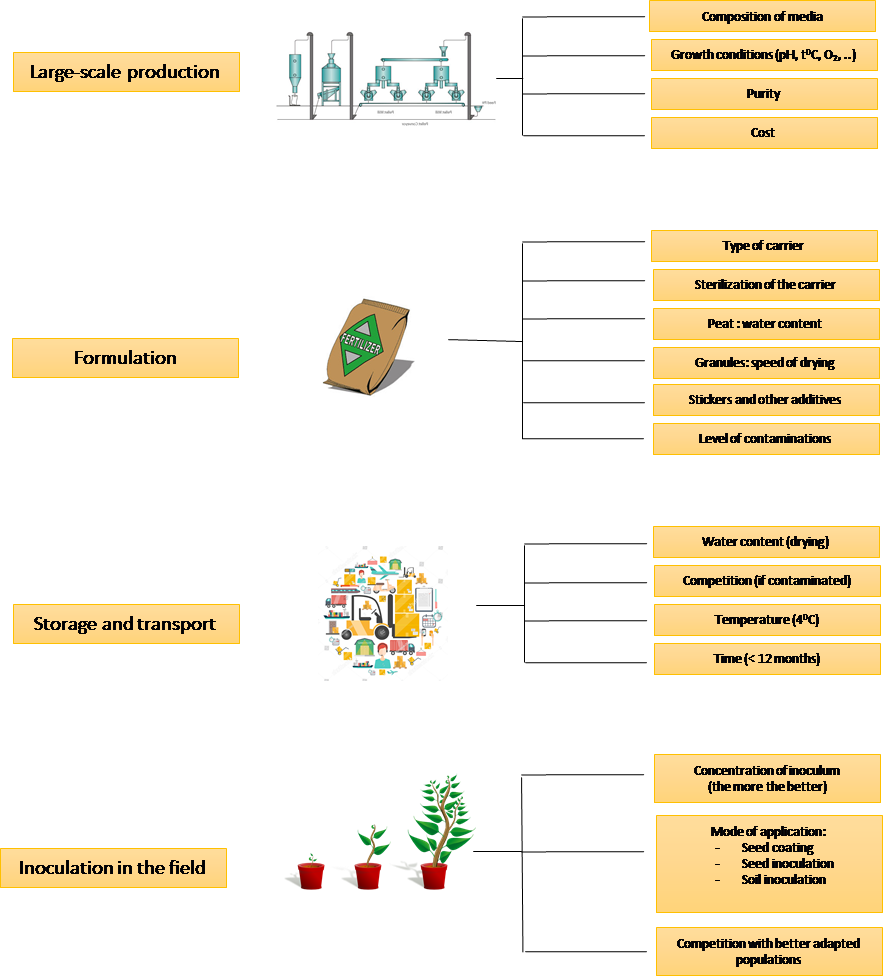 Figure 1. Main factors affecting the quality of the inoculants from production to inoculation

In this respect many technical difficulties related to a large-scale production of inoculant must be overwhelmed. For example, media and growth conditions (temperature, pH, time) for bacteria must be optimal in order to ensure that the cells are in good physiological conditions. For AMF, hosts might be chosen on the basis of strain–host specificity providing possibilities of AMF strain(s) to multiply. The type of cultivation and the corresponding required space are the major disadvantages for large-scale production of AMF. In all cases, the provision of competent and well trained operators is of critical importance, thus assuring implementation of the right methodologies. Other important factors are minimization of the production cost and maintenance of the pure microbial culture throughout the process. In this way better quality of the product is ensured.

Other important step in quality provision of biofertilizers is the formulation. New carriers are needed to overcome the limitations of peat (availability, environmental impact, toxicity) and provide a more suitable environment for the microorganisms. They should maintain microbial viability and fitness during storage, as well as on seed and in soil after inoculation.

One of the critical stages in biofertilizers production is the inoculation of the carrier. It has been broadly perceived that the utilization of a sterile carrier offers a few favourable fetures over nonsterile ones. These are higher populations of the target strain(s) and a longer shelf life. Moreover, contaminating microorganisms are generally able to grow faster than the target ones (especially in the case of rhizobia), thus easily replacing them in a short period of time. They compete for space and nutrients and may also produce toxic compounds reducing the growth of other cells, or be pathogenic for plants, humans, or environment. Sterility is generally obtained by using a steam (autoclaving) or gamma irradiation. The last one is considered as slightly better to steam sterilization but is more expensive and slow, requiring specific costly and not easily available equipment. Other technologies such as electron acceleration have also been developed, but they are economically unjustified as well.

Other major aspect important for quality assurance is the maintenance of cell viability during transport and storage. It is affected by many factors. The moisture is of primary importance for peat-based products and generally reaches 45 to 60 % on a wet weight basis. For the granular inoculants, the speed of drying was shown to be of great importance. Slow drying affects less severely the cells than fast drying. Addition of substances providing higher desiccation tolerance (such as osmoprotectants) could permit the production of biofertilizers more resistant to severe storage conditions. Low temperatures (4 °C) are generally recommended as the best storage conditions. However, it was shown that temperatures during both storage and transport can be above 26 °C and sometimes even 40 °C. These conditions are detrimental for rhizobial strains. It is very important to note that effects of water content, temperature, and time are not mutually exclusive Several studies have reported that over time microbial populations in inoculants decline, leading to a lower inoculation efficiency and increased contaminant strains. This is especially true for products that have not been stored under optimal conditions. Generally, inoculant expiry date is about 12 months after production, but some products are likely to be older when used.

Another detected problem is that most of the literature reports evaluating the quality of biofertilizers (or strain selection) are made under controlled conditions but not under field ones. Available studies generally reported variable performances (even of very promising products under controlled conditions) due to interactions between the target plant, microorganisms, soil and environmental conditions. Other factors such as the mode of application (seed coating, on-site seed application, or soil inoculation) may also affect inoculation efficiency depending on the kind of crop (size and fragility of the seeds) and anterior seed treatments. The type and the density of the native populations in the soil can be major barriers for successful inoculation. This is due to the fact that recently introduced cells must not only survive in the new potentially harmful conditions, but compete for protective niche and nutrients, dominating over the indigenous, better-adapted populations. In this aspect, the success of the inoculation is related to the persistence of the introduced strain, i.e., its ability to establish high population levels despite of the unfriendly environment and to live as a continuing member of the soil microflora even in the absence of its host plant.

A better understanding of these complex interactions is highly required since it significantly influences the effectiveness of the inoculants and their perseverance in soil. Up to now, the variability and the unpredictability of the results from crop to crop, place to place, and from season to season have restricted a wider use of inoculants.

Successful commercialization of new inoculants principally depends on the on the cooperation between the research (to formulate the best inoculant, using the right strain for the right crop in the right conditions), the private sector (to scale up the production, establish an economically viable and sustainable market chain), and the acceptance by farmers. The need for farmers' education is great. If the end users are convinced of the efficacy of the biofertilizers on their crops, they will be more willing to buy and use them instead of expensive and harmful chemical fertilizers. To accomplish that, the improvement of the biofertilizer quality is a critical issue. Demonstration trials with high-quality products and regular training of the farmers for the use of inoculants would lead to a greater confidence from the farmers and a significant increase in the use of biofertilizers.

The European Commission support for the production of this publication does not constitute endorsement of the contents which reflects the views only of the authors, and the Commission cannot be held responsi-ble for any use which may be made of the information contained therein.